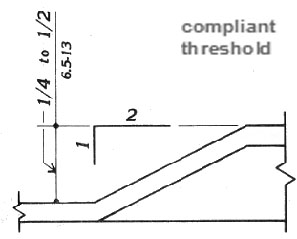 Time brings all things to pass. In this, the ancient Greek playwright, Aeschylus, is correct. So it is true that, as we age, we have the opportunity to experience life’s gifts and tragedies from different vantage points. As a child, I was born into a world that was, at best, blind to people that had disabilities. For the most part, the “healthy masses” lived life that was largely apart from others with special needs. At this point in our American history, disabled persons the architectural landscape was that of barriers that kept many from even attempting to inhabit public spaces unless absolutely necessary. I rarely came into contact with people having a physical disability. At that time in our society, the disabled were simply kept from view. My perception of aging was simply the addition of a few wrinkles and a change in hair color. Even as an older child, the concept of diminished ability was though to be a choice rather than a function of life. I had absolutely no concept of what a physical disability truly was. In the mid?1970’s my grandfather had a near fatal automobile accident that initially left him unable to walk. He never ventured into public until he was able to walk again. My other older relatives had passed away quickly without experiencing any profound disability. By the time my young adulthood arrived, we reached critical mass, a turning point, when people in the United States had nearly doubled their life expectancy since 1900. Extended life expectancy had brought about its own set of challenges that included an ever—increasing population with disabilities living in a world that was incompatible with their existence.