Depth and Volume in Architectural Construction

Depth and Volume – in Architectural Construction?

When you look at a basic 3d  image, you will see that volume is created with shadowing by having more than once façade shown while depth is an illusion of space from shadowing, lighting or anything that cues distance in a real picture. Looking at these two concepts – one can only think that such applicable compartment of ideas run in a fashion that we sometimes not think about.

For example, look at this link http://fundamentalsofdesign.weebly.com/depth-versus-volume.html . It clearly describes the concepts of depth versus volume but  look closely and you will see a common thread of distinction that separates the two if you bring those concepts to a 2 dimensional realm.

This up and down trait is what I depict as a common thread for volume.

Likewise, looking at  depth somewhat denotes a horizontal factor or a plane. A side to side link. 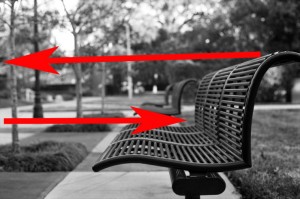 Now how does this apply to architectural construction? All structures have a beginning. Question is, which part do you think you are starting with? Side to side or up and down? Prime example is a concrete foundation. When you see this form built and poured, you can see that a huge part of it appears side to side as a solid mass with your eyes first moving left to right or right to left ( I rarely see people look front to back). Side to side is depth which means that an illusion is created and thus make many people think the  structure is going to be small. Add the vertical walls and you get the volume feel of being larger than what you first felt from depth.

Architectural construction is critical of these two concepts because when you build structure, you must verify that what was planned is what was intended. If the side to side is overbearing, the volume can be lost and many people wonder why it doesn’t feel like a proper structure even though the square footage is stated. Sometimes, owners will go back and ask, “are you sure this is correct?” Quite often if the question is not asked directly, it is usually inferred by means of looking at the construction documents twice or making a facial expression.

When you get a chance to look at construction, look to see which part of Volume versus Depth you are looking at. One can stand alone from the other to create a certain feel, but it is the mergence of the two that designers must pay close attention to not lose the essence of what they want to achieve.