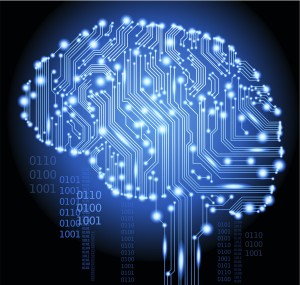 My love and passion for architectural design and construction always makes me wonder what my ultimate client would be like. I know a lot of builders and architects that would prefer clients with unlimited funds but for me, it’s not about the money but more of the challenge. Thus, if technology ever gives me the chance, I would build an architectural masterpiece for my dream client – a computerized sentient being.

This is much like “Data” from Star Trek Next Generation. Much of it with logic and devoid of emotions, however, when such a life being is able to make choices, these decisions result in creating an identity that we as humans can relate to. Question is, ”what are the choices given to them?”

When I think of what a sentient being would want its’ house to look like, I think about not so much of character traits but more of its’ inherited mission. What is the purpose of its’ existence? An example would be a focus on agriculture. A sentient being living to promote and explore agriculture would probably want to build a house that would suit humans in that field of profession. I’m sure logic would dictate that consciousness is more important than physical abilities so thought would predicate the need to create an environment not for itself but for humans; focused in that field of experience to promote ingenious thoughts of creativity and progressive thinking.

Hence, the process of computerized logic would probably be like collecting output data from human interactive emotions where every picture of design, style, color, texture and so on are categorized and placed into a numerical value that is set for calculation. Human emotions cannot be easily quantified but the outcome can. Once the mathematical tables are created, each value is compared and stored for use as data in creating the type of structure that allows progressive human interaction in that particular field of profession; in hopes of optimized interaction and productivity. Meaning, that the house is created not for the owner but for what the owner wants to achieve. Form and style would be purely driven by maximizing a return on the interaction to promote best thought and creativity. Thus, the mission for this type of sentient would be the optimal environment for the best results from humans.

So from design, we move to construction and what would make a client like that be satisfied? I don’t think it would be fancy rare marbles or wood that is recycled into a new form of design. It would be, in my opinion - function. This means the builder would need to verify, with the designer/architect, all aspects of the construction documents and design so that implementation is faithfully followed.

Architectural construction tolerances would also need to be expressed to the sentient owner and verified so that they know what the expectations are and, if not acceptable, find alternatives that would be. Of course, humans would not think to identify a visual ¼ inch off versus what a computer scan would identify. However, precision will become the nomenclature for this type of client and those who want that level of achievement.

From one of my projects, I had a chance to work with an AIA architect named Caroline Porter of Porter Architecture + Design. From her website, she mentions about the concept of machines in her article called “A Machine for Living in Revisited.” What is fascinating about this is her view of Corbusier’s form of human habit to be the inspiration of design work. Instead of looking at the obvious for livable function, consider what is being performed of habit to be like a machine. Hence, our habits are in much the same as a machine in motion by choice. Not how to live, but to be alive with our passion in a standardized way.

Thus, this leads me to think, if I look at ourselves through the eyes of a computer, would I think our pattern of habits be much like theirs but in a different expressed way or would humans be considered negligible because we can change at any moment. Perhaps the potential negligence is the paradox that has allowed us to survive so many changes in our environment and uncertain future. “As humans, we cannot set absolute standards because we are inconsistent.” (however, because of this we always have the ability to improve and aim for high goals)

There is one thing I know for certain, it is only a matter of time before we come to a point in our lives that the perfect client will make choices. Choices that will identify who we are and what we are dealing with. By far, I dare to think “what would a computer want from us?“

This entry was posted in Architecture and tagged computer architecture. Bookmark the permalink.